Holidays in Transylvania – a perfect getaway for the whole family

In Transylvania in Romania, there are many attractive destinations for a varied, unforgettable vacation.
A wonderful day trip is, for example, a visit to the city of Mediasch. On the way there you drive through many colorful villages, you can visit the fortified church in Frauendorf and on the way back you can make a detour to the ruins of the Stolzenburg – an completely perfect day!

From Sibiu you can reach Mediasch, 34 mi (55 km) away, via the main road DN14. On the way you pass many small, beautiful villages, which are mostly right on the road and where one colorful house is lined up next.

Each with a large gate and behind an inner courtyard (often overgrown with wine).

In addition to the colorful houses, the many stork nests are simply fantastic –
in almost every village you can see a nest on a power pole directly on the road. In May they are just raising their young and sometimes even a small baby stork’s head peeps out of the nest. 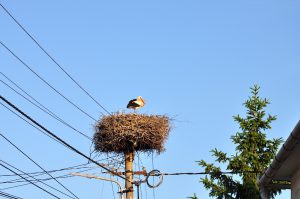 Outside the small villages, you find endless green landscape.

The fortified church of Frauendorf

On the way to Mediasch you may stop after 40 km in Frauendorf (Romanian: Axente Sever) and visit the fortified church, which was extensively restored in 1964.
The ‘Church of the Saints’ was built in the 14th century. At the end 15th century, due to repeated attacks by the Turks and Tartars, it was expanded with fortifications for defense purposes.

Granaries were also built inside the curtain wall, in which the families kept their supplies and where they could stay for a few days in the event of attacks. They were then supplied with water through several wells within the fortification.

Even today you have the opportunity to stay overnight in the fortified church. In 2009, four guest rooms with a total of 16 beds were set up in some of the former granaries.

In the same year the museum was opened inside the curtain wall. It tells about the history of Transylvania, about Frauendorf and the fortified church. The traditions and way of life of the Transylvanian Saxons are conveyed very clearly here. For example, the various pantries have been reconstructed in some granaries.

You can visit the fortified church in Frauendorf Tuesday to Saturday from 10 a.m. to 6 p.m. and on Sundays from 12 p.m. to 4 p.m. The contact person is Ms. Livia Pelger.

If you continue your drive on the A14, after another 9 mi (15 km) you will reach the city of Mediasch (Roman. Medias).
It is nowhere near as famous as Sibiu or Kronstadt, but with its beautiful old town it is worth a visit.

One of the city’s landmarks is the Protestant St. Margaret’s Church with its trumpeter tower, the ‘Tramiter’.

The ‘Piata Regele Ferdinand I’ park is located directly in the old town. It is ideal for a short break on a shady park bench. From here you also have a beautiful view of the city with the trumpet tower of the Margaret Church.

Basically, I can only recommend you to stroll through the city and enjoy the view of the beautiful buildings.

The ‘Medias City’ tourism app provides you with lots of information and tips for this beautiful city. Via the sub-item ‘Tourist Information’ you can also access the website visitmedias.com, where you can get information and photos about the sights in Medias.

After a long walk through the beautiful, quiet town center, we made our way back to Sibiu, but made a stopover in Stolzenburg (Rum. Slimnic).

The castle ruins of Stolzenburg

The way back to Sibiu leads past the place Stolzenburg (Rum. Slimnic). Here is a short stop to visit the castle ruins of Fliehburg on the mountain above the village.

The castle, built in the 15th century by the Transylvanian Saxons, is a listed building. Although it survived several attacks, it was devastated by the Kuruzen in 1706.

A driveway up to the castle is possible (although on a very bad road).

During the day, an inside tour of the castle ruins is possible. Unfortunately, we were a little too late and just walked around the ruins from the outside – a very beautiful sight at dusk.

From here you reach back Sibiu in about 15 minutes by car and can spend the evening in a nice restaurant, e.g. the ‘Weinkeller’ (Strada Turnului 2, Sibiu) with delicious Transylvanian cuisine. 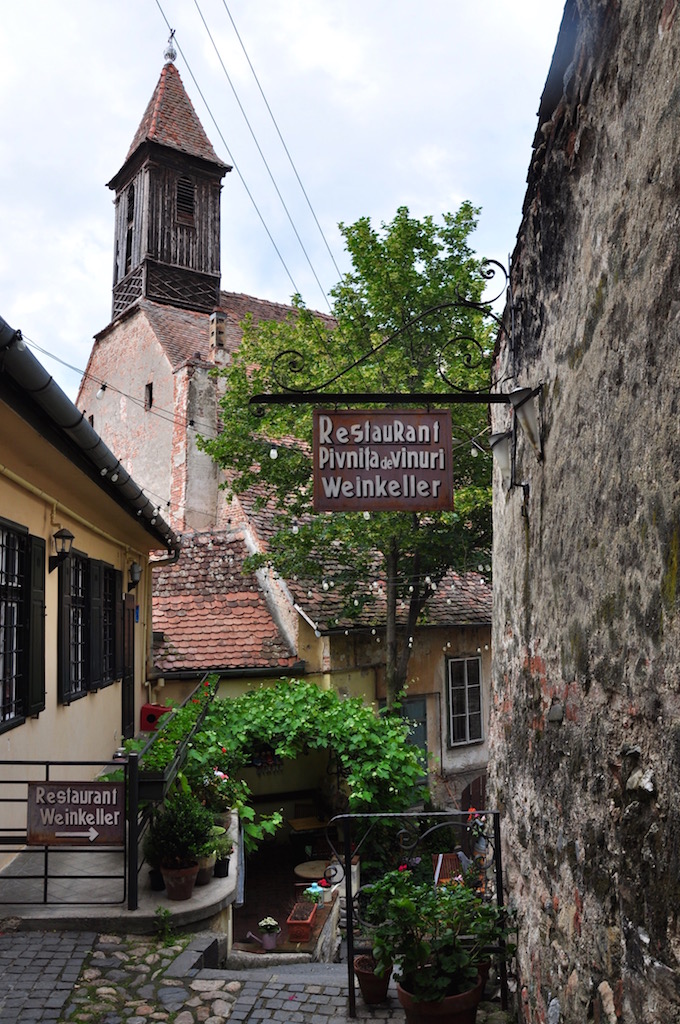 Make sure to find charming accommodation in Hermannstadt / Sibiu here: 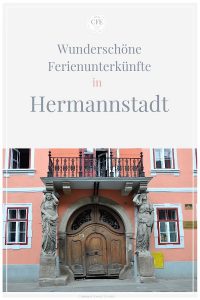 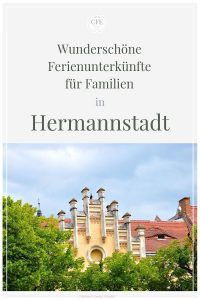 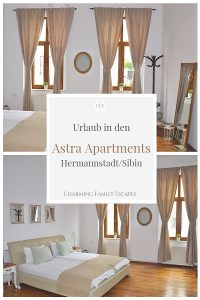 Further tips and information for an unforgettable holiday in Transylvania / Romania: 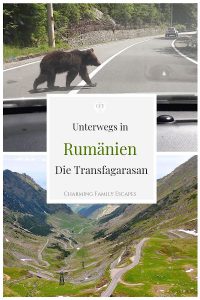 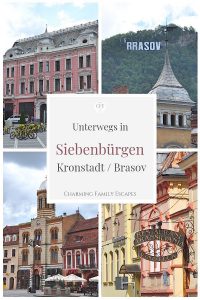 Hello, I'm Diana Müller and I warmly welcome you to Charming Family Escapes. Are you looking for a lovely holiday apartment, a chic hotel, a charming B&B or a cozy holiday home for your next vacation? Here at Charming Family Escapes you don't need to look far, because you can simply choose your holiday accommodation from the exquisite preselection for many different travel destinations. Then you book it directly with one of the major providers - this saves you a long search, but you don't have to book with a website you don't know. For the mediation I then receive a so-called affiliate commission from the respective provider, which does not cost you anything extra. In addition, my blog will give you valuable tips on various holiday destinations and detailed reports on accommodations that I can recommend to you. I hope you enjoy finding your perfect holiday home!